A website that will help you to understand the culture

Read about Marxism, feminism, globalization and many other fields and theories of culture 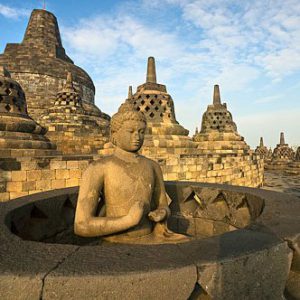 Here you will learn about the origin, the major periods and trends in the evolution of culture

Culture in the Modern Society

The human community that exists now on the Earth can be conditionally divided into three types – pre-industrial, which the main part of humanity has already passed; Industrial and post-industrial, relevant to the present.

Pre-industrial society is a traditional agrarian society, in which extensive technologies predominate, aimed primarily at mastering external natural processes. This type of society is now represented by many countries in Asia and Africa.

The second type is an industrial society, in which intensive production is assumed, involving an active impact on nature, constant renewal, modernization and scientific and technological progress.

The third type is a postindustrial society, the transition to which began in the Western world from the second half of the 20th century under the influence of the scientific and technological revolution and the transformation of science into a direct productive force.

In general, the scientific and technical culture, like the humanities, is a culture for a limited part of society. Both of them constitute an elitist culture, not easy to perceive and requiring for their understanding mental effort and sufficient education.

Mass culture first appeared in the US, because it was not too burdened with historical and cultural past, it was the most receptive to the cultural possibilities of scientific and technological progress. The USA has created a special cultural industry that allows producing and replicating a mass culture for mass consumption.

Characteristic features of mass culture today are its accessibility, ease of perception, entertainment, simplicity, and orientation to the undeveloped consciousness of people.

In general, modern culture is becoming increasingly simplistic. Although outwardly the cultural life of our time abounds with loud events, internally it is going through a deep crisis of spirituality. The main signs of this crisis are the devaluation of ethical and legal norms in society, the decline in literature and art, the substitution of education with empty knowledge, the disappearance of traditional culture, spiritual impoverishment and lack of culture of people, the growth of suicides and drug addiction. Today, more and more people are aware of the unfavorability of modern life and culture, are looking for a way out of this situation.